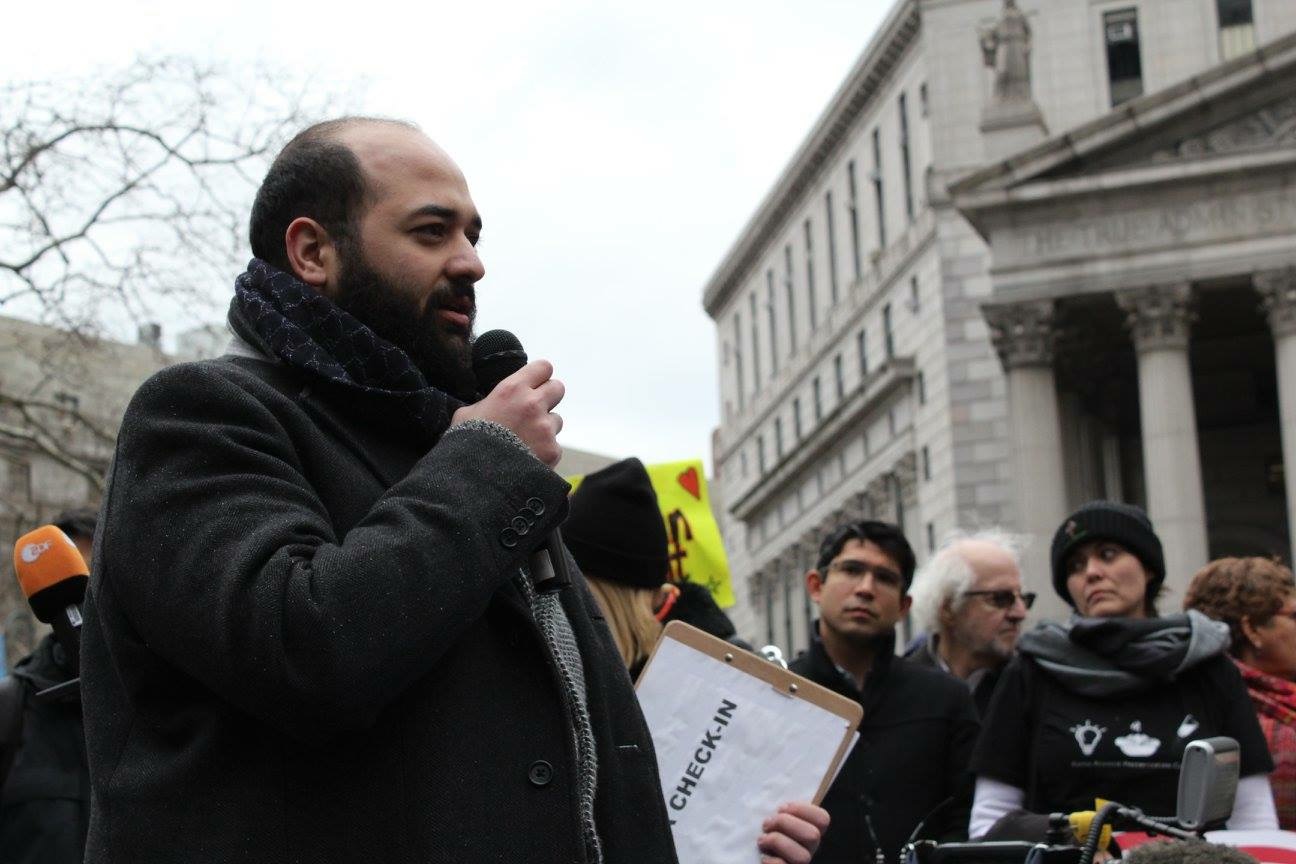 Donald Trump’s centerpiece policy, his Muslim travel ban, is back in court and protesters are back in the streets. Murad Awawdeh and the New York Immigration Coalition have been planning strategies for resistance since before the election, and that groundwork has allowed them to be ready for the fight.

The work prior to Election Day was planned out for us well in advance of the election. We had a “What if Hillary Clinton Wins?” and “What if Donald Trump Wins?” At first people thought we were crazy for doing scenario-planning for both, because everyone thought it was clear who was going to win. Just erring on the side of caution, we decided that it was really important that we do that. Prior to the election, we were looking at “What can real immigration reform at the federal level look like?” and “How do we revive those thoughts in a way where we are providing 11 million undocumented people a pathway to citizenship and to status in the United States?”

The reality was that whoever won, it was going to be a difficult fight. It is just a different fight now. As opposed to just thinking about “What is that pathway?” now we have to think about this large scale enforcement apparatus that is being created, that is building off of the huge enforcement apparatus that President Obama already had in place. With Donald Trump being elected, we dusted off our “What if Donald Trump Wins?” scenario plan and started to spruce it up. Then, shortly after that, we kicked off our This is Our New York campaign, which really was to illustrate the values of New York and how immigrants have been the backbone and the foundation of building this great state.

We have been able to build up our resistance movement built on people from all walks of life coming together to say “This is not right. This goes against who we are.” You can see through the actions that we have done at JFK when the Muslim ban came down, where 5-10,000 people showed up in a span of four hours. The next day we had a march from Battery Park, which overlooks the Statue of Liberty and marched straight to the DHS building at 26 Federal Plaza in New York City and over 30,000 people showed up to that. After that, we had about twenty other events that drew thousands of people consecutively. It became this huge resistance force on the ground. And not only on the ground, but in the courts and providing people with the legal assistance that they needed for free. That was something where we were able to demonstrate as an organization our ability to really put pressure on the streets, but also provide the legal expertise that was needed at that point to help people get out of the situation they were in when they were stuck in JFK.