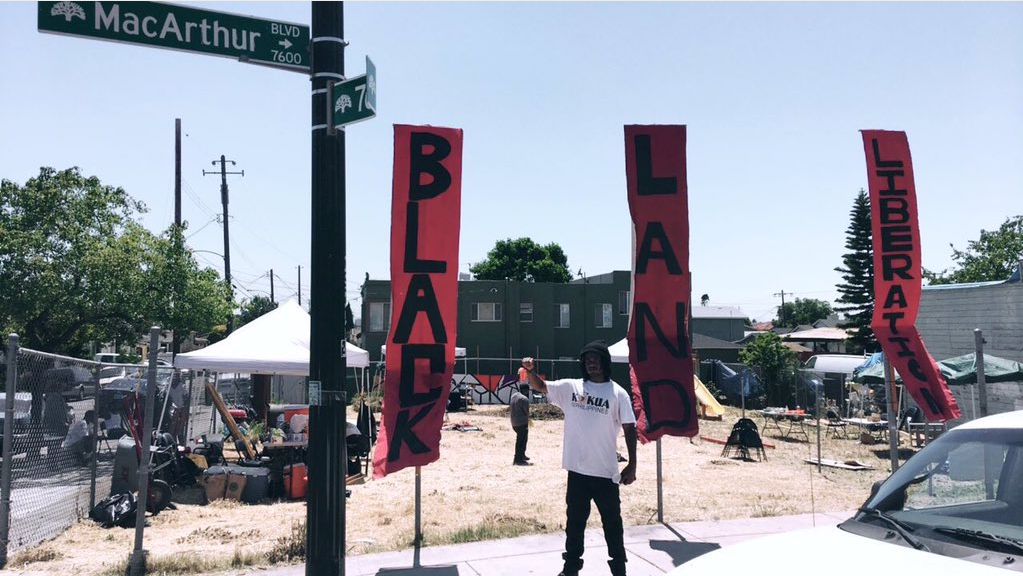 Juneteenth is not a federal holiday–but it should be. It is the day that the news of emancipation reached the last group of enslaved people in Galveston, Texas, months after the Emancipation Proclamation and even the official end of the Civil War. To mark the day, and its unfulfilled promises, a group of organizers planned a day of action: of reclaiming vacant land, 40 acres in 40 cities to be precise. From Atlanta to Oakland, Chicago to New Orleans, anchored by the BlackOUT Collective and Movement Generation, black people claimed and held land, taking space to have community dinners, put vacant spaces back into the commons, and challenge gentrification as well as amplify the demand for reparations. Chinyere Tutashinda of the BlackOUT Collective told me about the plan.

There are a lot of people who are out on the streets… I think there is a lot of interest and a lot of people who have been newly politicized and woken up to the fact that now Trump is our president. But, when I think around what has been going on within the Movement for Black Lives and organizations that are part of that constellation–because this is not new for us and because a lot of folks, particularly those in the South, have been living under conditions very similar to the ones that Trump is trying to enact nationally–there was just a different level of “What does that mean for us?”

Up at In These Times.