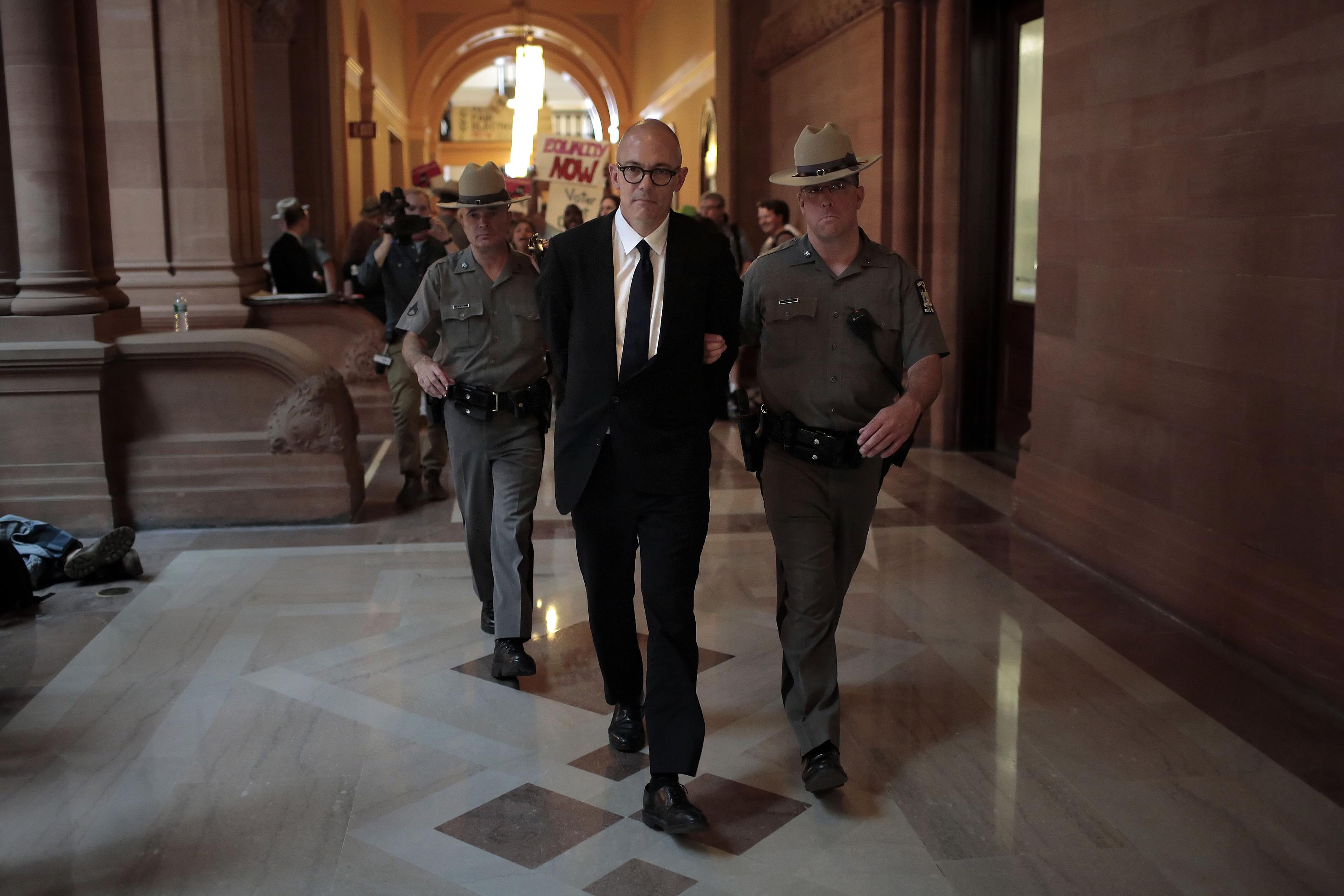 Michael Kink has worked in healthcare, economic justice, HIV/AIDS, and many other forms of organizing against inequality for decades, and the struggle against Trump reminds him of some of those moments from the past. Currently the executive director of Strong Economy for All, he shares thoughts and lessons for the newfound sense of urgency people feel under Trump.

We are not without resources for resistance. There are a lot of resources for resistance. There are folks that have fought these battles that have knit black and brown and Latino people, Asian people together, Native people together over time. I do think the AIDS movement is particularly important in that at least in my experience of it it was cross-cultural, it was cross-racial, there was a lot of fightback around white privilege and people working out how to work together effectively, and I think, in my experience, it was authentically national. It was about places where there were progressive blue states and liberals and folks who were on our side and it was also in places where folks hated gay people or hated drug users or hated people of color, the people in power were trying to kill those folks and folks found resources to fight back. Folks mobilized public opinion, folks worked with faith leaders, musicians, movie stars, there were things that we did to turn the culture that came because populations under the gun mobilized and walked together and found a way.

Interviews for Resistance is a syndicated series of interviews with organizers, agitators and troublemakers, available twice weekly as text and podcast. Previous interviews here.