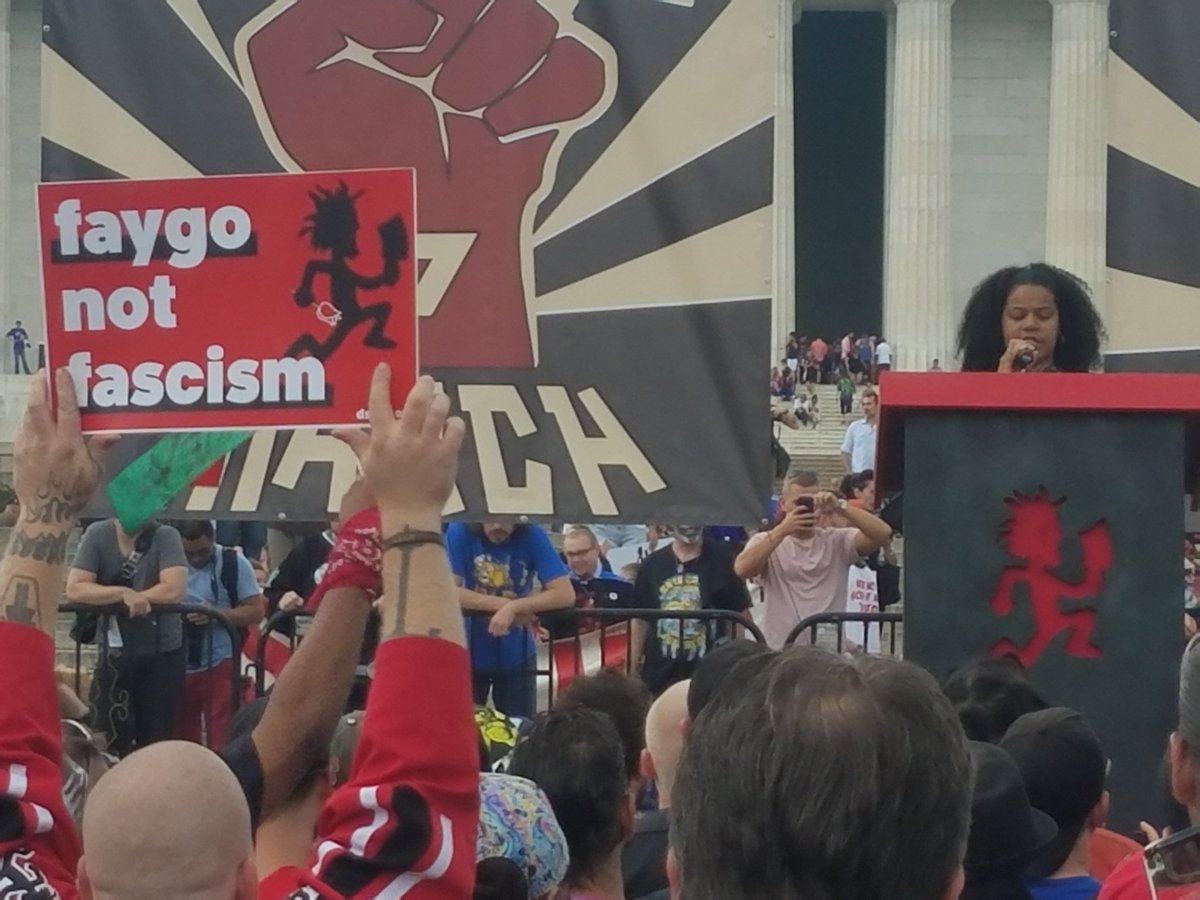 Last weekend, in Washington, D.C. the Juggalos—fans of the band Insane Clown Posse and their record label—marched against their criminalization. In 2011 the FBI decided to classify the Juggalos as a “hybrid gang,” meaning that their love for a particular musical act marked them as threats. Juggalos are often written off by the rest of society, but to some leftist political organizations, the march was an opportunity to demonstrate solidarity and build connections with a group of people politicized by their outcast treatment. Allison Hrabar of Metro DC Democratic Socialists of America was part of a solidarity delegation to the Juggalo march, and also shares the latest organizing against the latest version of zombie Trumpcare.

We were excited about it as soon as we heard about it. The idea of the Juggalos marching on Washington is an exciting idea. I think everyone on the internet can relate to that. When we heard about the actual issues, we knew it was something we ideologically supported. As socialists, we don’t like state repression. We don’t like the abuses that law enforcement inflicts on our citizens. At our recent DSA convention in August, actually, we passed a resolution about dismantling the police state and abolishing prisons. So this falls in line with our party assessed ideas.
Also, we want to build a movement that actually reflects what the nation looks like. DCDSA tends to lean white, it tends to lean professional. So the idea of being able to reach out to a group of working class people, reaching out to people who have actually been affected by police. Not just people who care about the issue, but people who can talk about how this has really affected their lives, was really important to us.

Up at The Progressive.
Up at Truthout.
Up at In These Times.